Lynne became actively involved with Northern Suburbs in 2000 once daughter Bec concluded Little Athletics.Â  She has been an active participant at Cross Country runs since then.

Lynne was editor of the renowned monthly newsletter Northern Suburbs News which presented a comprehensive review of club activities and the achievements of club members.Â  This publication was very popular throughout the athletics community.

Lynne has also undertaken the Manager role which includes providing athletes with all the information and assistance they need and has arranged the nominations of club members for awards/recognition from Athletics South and Athletics Tasmania.Â  Lynne was instrumental in the Club receiving national awards from Athletics Australia for Member Focus (2003) and People (2004). 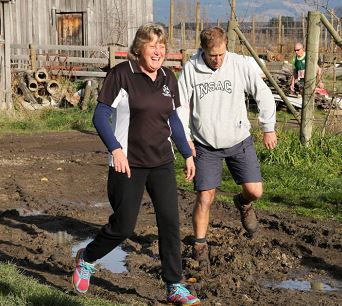