Patrick (Wayne) Fletcher has been a competing member of Northern Suburbs for 50 years, a unique achievement in Tasmanian athletics.Â  Wayne has been a competitor across all events, no doubt influenced by the trend of 1960âs club athletes to accumulate as many club points as possible.

Wayne has filled all executive positions of the committee at various stages during the past 40 years.Â  He has been prominent in Tasmanian athletics having been President of Athletics Tasmania and is a merit award holder and Life Member of Athletics South and a Life Member of Athletics Tasmania.Â  A highlight for Wayne was his appointment as Assistant Technical Manager at the 2000 Olympics and Para Olympics.Â  He wasappointed as a walks judge for the 2008 Olympics. 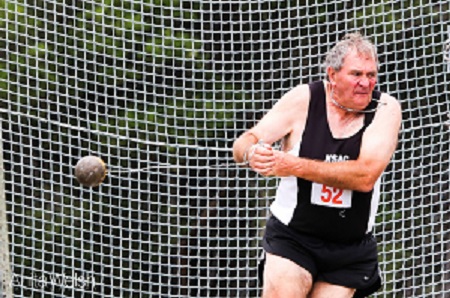